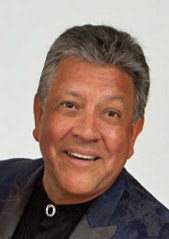 PERSONAL:
Jaime is a father of 2 boys and 1 girl. He is a Christian actively involved in leading Bible Studies. (Link to Bible Studies) He enjoys computers, audio/video gear, singing and spending time with his 3 wonderful children, grandchildren and friends. He loves dining out, watching sports and going to Broadway musicals. Above all, Jaime loves God and values the time he spends praying for others, reading the Bible, preparing Bible studies and spreading the "Good News" by bringing others to Jesus Christ.